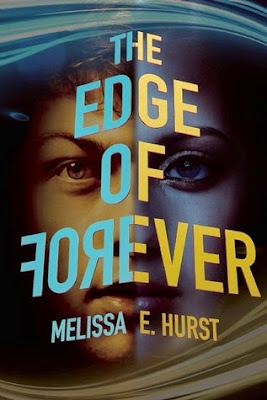 In 2013: Sixteen-year-old Alora is having blackouts. Each time she wakes up in a different place with no idea of how she got there. The one thing she is certain of? Someone is following her.

In 2146: Seventeen-year-old Bridger is one of a small number of people born with the ability to travel to the past. While on a routine school time trip, he sees the last person he expected—his dead father. The strangest part is that, according to the Department of Temporal Affairs, his father was never assigned to be in that time. Bridger’s even more stunned when he learns that his by-the-book father was there to break the most important rule of time travel—to prevent someone’s murder.

And that someone is named Alora.

Determined to discover why his father wanted to help a “ghost,” Bridger illegally shifts to 2013 and, along with Alora, races to solve the mystery surrounding her past and her connection to his father before the DTA finds him. If he can stop Alora’s death without altering the timeline, maybe he can save his father too.

An ARC was provided by the publisher in exchange for an honest review. It has not, in any way, influenced my thoughts about this book.

Ever since reading Claudia Gray’s A Thousand Pieces of You, I have been a fan of time travel and parallel universe stories. This book is a proof of why I continue loving those.

The Edge of Forever was a fast read. Once I started it, I wasn’t able to put it down. This story was set in two different times: the years 2146 and 2013. The hero, Bridger lives in 2146 and the heroine, Alora lives in 2013. I liked these two characters for different reasons. I really liked Bridger’s character because of his natural curiosity and his commitment to the tasks given to him—at least, the tasks that matter. Alora, on the other hand, was very likable because I adore heroines who are kind of troublemakers or rule breakers. Alora showed that through going behind her Aunt’s back many times and generally not listening to whatever she’s supposed to do just to get answers about her blank past.

There are also other characters such as Grace, Alora’s aunt who’s very compassionate and always looking out for the well-being of her brother’s daughter. She’s one of my favorite characters because she brings something extra to the story, the same with Professor March. I don’t really know what to say about him but from the start, I don’t like him already. Don’t get me wrong, he was written very well and that’s why I feel like I couldn’t trust him. They are just two of some of the characters of this story. Each of them has their own role in helping Alora and Bridger find each other, helpful or not and they made the story even more interesting.

The plot of the story was what really reeled me in. Like I said earlier, I love time travel stories and the author made it even more interesting by adding a mystery to solve in the process of going back in time: who is Alora and what happened in her childhood? The Edge of Forever was told in alternating points of view of Alora and Bridger, sometimes overlapping time in the “present” 2146 and the “past” 2013. Melissa wrote each of their POV in unique voices which is sometimes a hard thing to do because there are books with male POV that still sounds like a female is talking just because the author is a woman and has a hard time thinking and speaking like a guy. But, as I said, here it was different. Bridger’s own character reflects the way he talks and thinks and is different from that of Alora. This seamless narration then manifested in the story because the flow was smooth and almost flawless. The subtle hints and clues to the mystery and the impending conflict were injected in between conversations and it made me take note of everything which in turn, made me excited. In other words, this book kept me on my toes. There were no dull moments and the anticipation and the build up of tension was note-worthy. In short: THIS BOOK WAS EXCITIIIIIING!!!

I’ve already said about what I liked about this book but it wasn’t perfect, no. I usually talk about three things in a book: Plot, Characters and World-Building. I’ve said what I wanted to say about the former two, so now I’m gonna talk about world-building, which is what I felt knocked down a star on my rating. When I read a book, especially one set in the future, I want a lot of adjectives. I want colorful words. I want a lot of description because I want to be able to really picture the environment that the characters inhabit. Unfortunately, I found The Edge of Forever lacking in that department. The 2146 US wasn’t described very well so I didn’t know what to imagine. Is it all high-tech buildings and facilities or are there still “past” houses, bridges, highways, etc? Even the gadgets weren’t properly described so I had to make it up in my imagination on my own, with just vague ideas from what little description there was in the book. Don’t worry! It wasn’t that bad and if you have a very vivid imagination, then this will be of little consequence to you. Aside from that, I didn’t find any problem with this book and I really enjoyed it.

Overall, The Edge of Forever was a really good read for a debut novel from Melissa E. Hurst. It’s thrilling and fast-paced and the mystery made me tear through the pages just to get my answers. The climax made me crazy and I dreaded the moment that it had to end. The last couple of chapters left me reeling, dazed with answers to the questions posted from the start and begging for the next book to find answers to more questions that sprung in the end. I hope my roller coaster of emotions will be felt by all when you get your own copies on June 2nd!

I got a chance to interview the lovely author, Melissa E. Hurst and we talked about her debut novel, The Edge of Forever and other fun stuff. Time travelling, anyone?

Are there other things that keep you busy aside from writing? What are they?


This is so hard since I have so many! But I can say that I'm a huge fan of The Hunger Games.

When did you know that you really wanted to be an author?


I knew after reading A Wrinkle in Time when I was in middle school. That is the first book that made me think that I could possibly write my own book one day.

Do you have any writing rituals?


Nothing specific, but it helps to have some chocolate nearby

How did you come up with the title The Edge of Forever?


The title is a nod to an old Star Trek episode that involves time travel, which was called City of the Edge of Forever.

What was the inspiration behind the story itself of your debut novel? Why write about time travel?


After I shelved the first novel that I wrote, I was out driving one day and heard a song on the radio called If I Die Young by The Band Perry. I was also thinking about some movies I'd like to see again, and one was an old time travel movie called Somewhere in Time. Listening to that song and remembering that movie made me begin to think, and that's when I had the first spark of the idea that became The Edge of Forever. I love anything related to science fiction and fantasy, and I've always enjoyed time travel stories.

Which of your characters can you most relate to and why?


I'd have to go with Grace, who is Alora's aunt. She is very protective of Alora and would do anything to shield her from harm. I'm the same way with my children.

What can readers expect with this story?


I believe readers can look forward to a story that has conspiracies, mysteries, flawed characters who try to do what's right (most of the time), and, of course, time travel.

If you're a Time Bender, is there a specific event in the past you would like to visit? What is it and why?


There are so many times and places I'd like to visit. But one thing that has always intrigued me is finding out what really happened at the famous Roswell, New Mexico crash in 1947.

Lastly, invite future readers to grab a copy of your book when it comes out!


The Edge of Forever releases June 2...I really hope you decide to give it a try and read about Alora and Bridger's adventure! 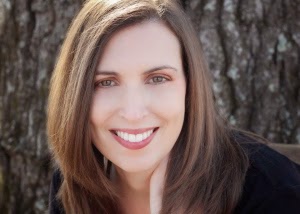 Melissa lives in the southern US with her husband and three kids. She writes YA science fiction and fantasy, which means she considers watching Star Trek and Firefly as research. She dreams of traveling around the world and maybe finding Atlantis one day. You can usually find her with a book in one hand and a Dr. Pepper in the other. Or consuming lots of chocolate.

THE EDGE OF FOREVER is her debut novel.

Promote your Page too
Tweets by @bookloverbooks

I'm a First To Read member!